Replace battery only with Lectrosonics Part No. “LRIIIBATT”. Due to the fast charge circuitry, you must use this specific battery. Any other battery will quickly fail.

Note: Do not bend the battery terminals, as they may break off. 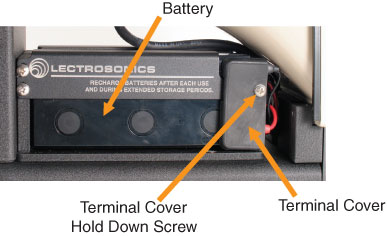