These battery doors on the WM will absorb small amounts of moisture and humidity from the inside of the transmitter. You must still be careful to keep moisture out of the WM by opening it only in dry or sheltered areas and by making sure the battery surfaces are dry before installing them. Always use the WP waterproof mic connector in wet conditions. The desiccant doors will only remove a few drops of moisture.

Eventually, the desiccant beads absorb enough moisture that they will become ineffective and turn green or blue instead of the normally dry color of amber/orange. To recharge the desiccant, it must be heated to 200 to 400 degrees F for at least an hour, preferably more. The desiccant, the silicone O-ring seals and the doors can withstand maximum temperatures up to 400 degrees F (205 degrees C).

To easily dry the desiccant doors in an oven, separate the doors from the case by removing the center thumbscrew. All the parts will be remain fastened to one another by the cable between them. The doors can then be put into an oven at 200 degrees F for several hours. As the heat drives out the absorbed moisture, the desiccant will turn back to its normal amber/orange color. Do not put the WM transmitter itself into any oven or heating device. After heating, particularly at higher temperatures, the O-rings may need a tiny dab of petroleum jelly (Vaseline) to replace the lubricant that may migrate in the heat.

The replacement cap kit is pre-assembled at the factory and includes a hex key (allen wrench). 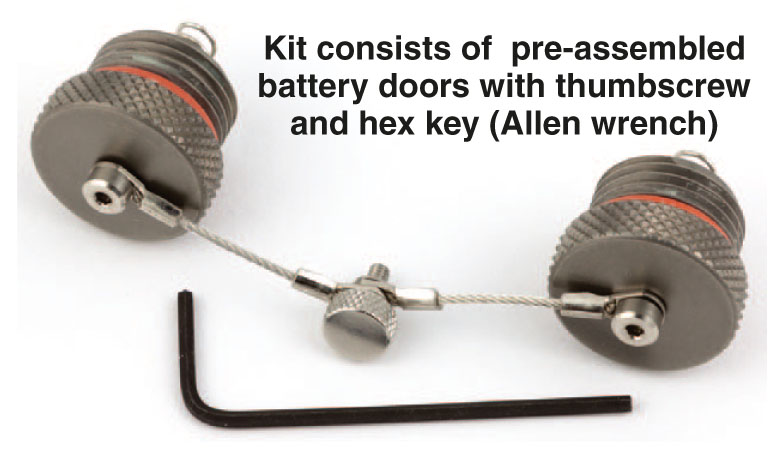 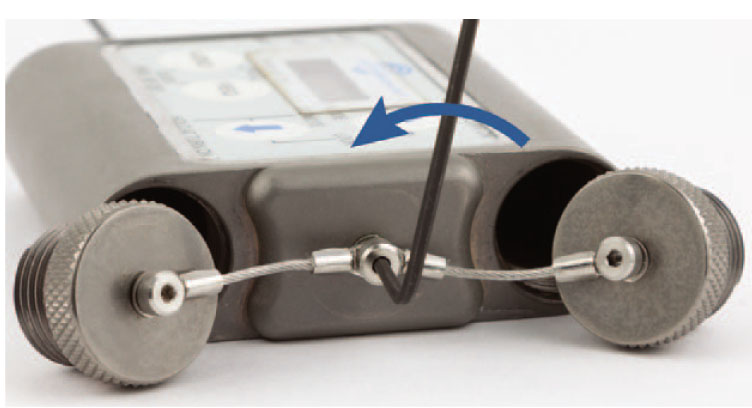 Install new battery caps and tighten the thumb screw by hand since it is often removed to recondition (dry out) the desiccant beads. 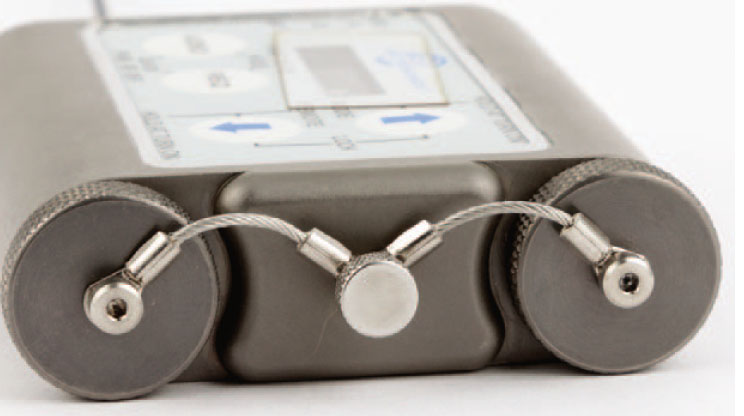 Re-conditioning (drying out) the caps and desiccant beads

An easy way to heat the doors is to use a coffee mug warmer, which typically costs about $10. The surface temperature of about 220 degrees (F) will dry the doors and desiccant, but it will not disturb any light lubricant (like the Vaseline petroleum provided with the WM) that is on the O-ring seals. 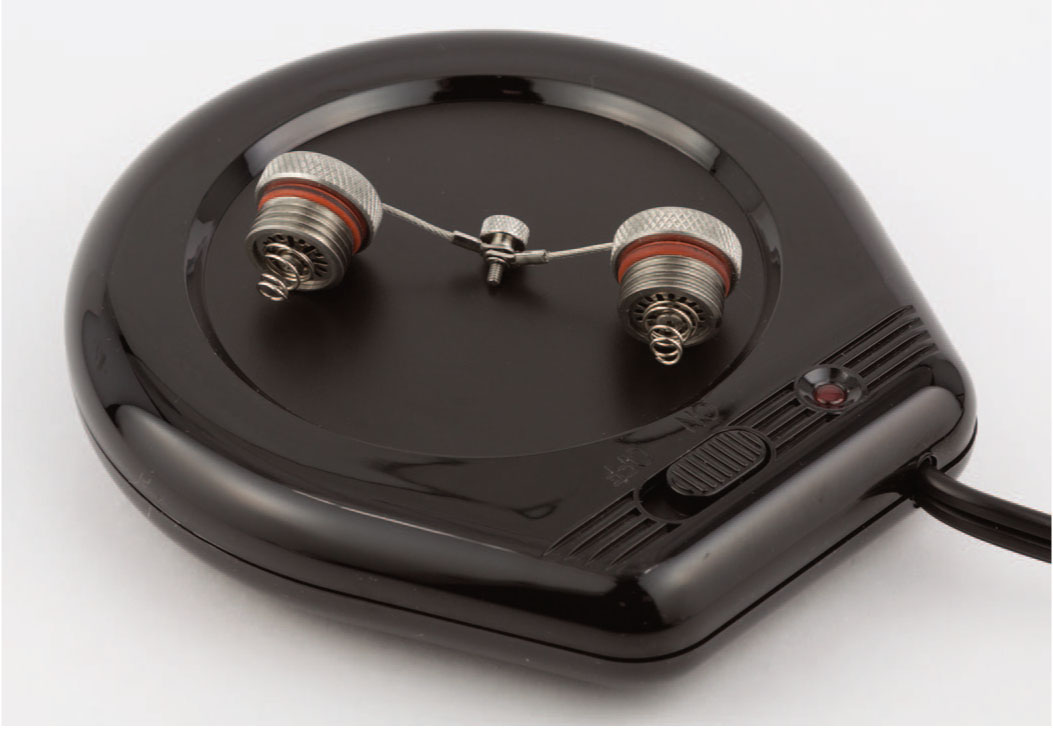 It is also possible to use the mug warmer to dry out the doors without removing them from the case as shown below. Do not place the transmitter on this heated surface. Lay it to one side as shown. 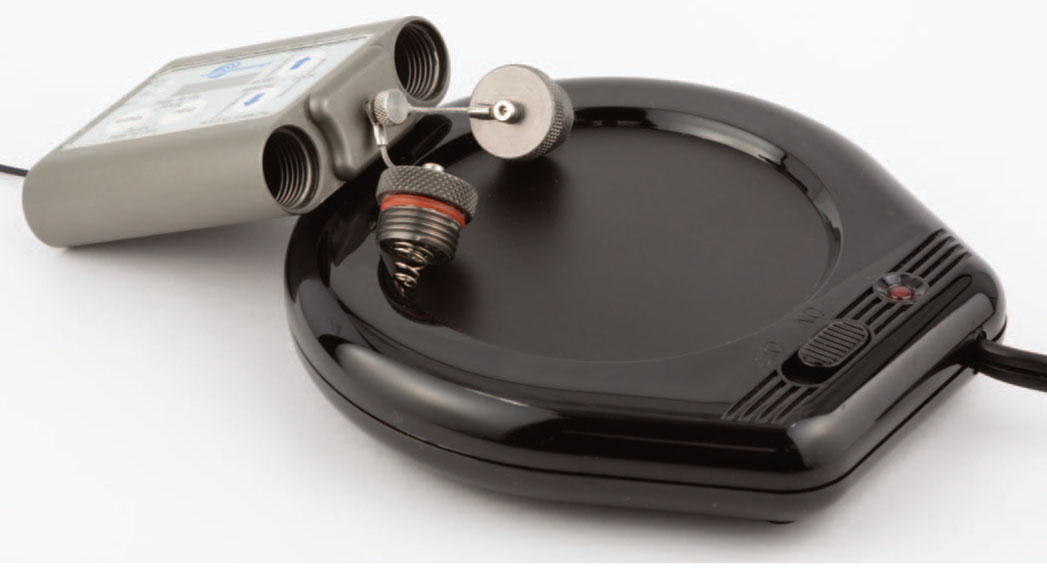 The mug warmer used for testing consumed 17 watts, so it could even be used on a sound cart AC supply without being a huge drain on the batteries.

The color of the desiccant beads can be observed by shining a pen light on one edge of the battery cap to illuminate the desiccant. Ideally, they will be an amber/orange color at room temperature.