CAUTION:
Replace battery only with Lectrosonics Part No. "LRIIIBATT". Due to the fast charge circuitry, you must use this specific battery. Any other battery will quickly fail.

DANGER:
RISK OF SEVERE INJURY
Wires connecting the battery must be placed for correct polarity! If you are not 100% certain, contact the factory before proceeding. Wear safety glasses and use extreme caution to prevent battery terminals from being shorted. If the batteries become warm to the touch, disconnect all battery terminals IMMEDIATELY and contact the factory.

NOTE: IF YOUR LONG RANGER HAS A TELESCOPING ANTENNA, THIS UPDATE MUST BE DONE AT THE FACTORY. 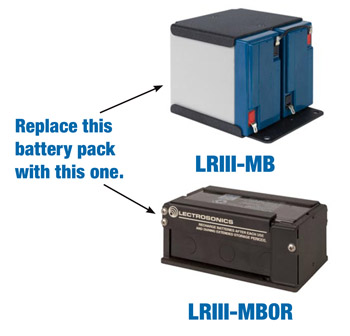 1. To remove the old battery pack remove the screws in front of the battery and the screw on the rear upright panel of the chassis. 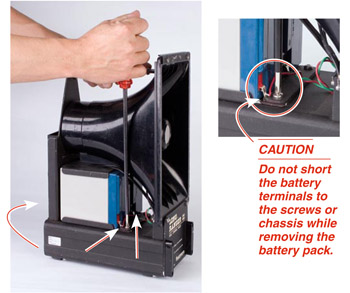 NOTE: DISPOSE OF OLD BATTERIES PROPERLY. CHECK FOR LOCAL RECYCLER OR RETURN TO THE FACTORY 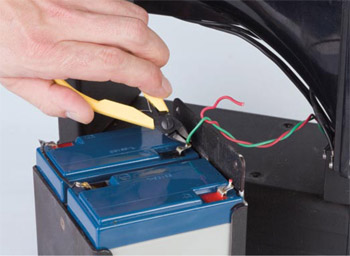 3. Strip the insulation back approximately 1/8 inch and twist the bare strands for easier insertion into terminals as shown in step 4. 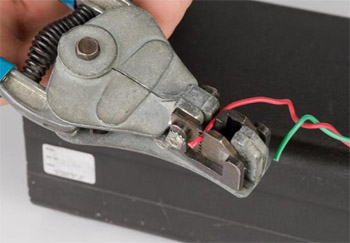 4. Insert wires into the terminals and crimp them firmly with a crimping tool. 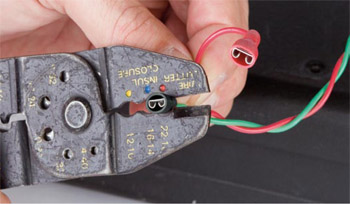 5. The connectors should look like this after crimping. The red wire must have the larger terminal attached. 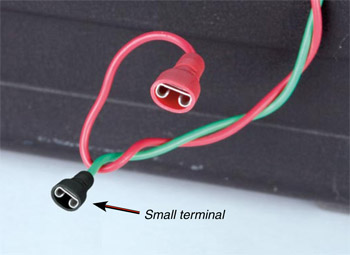 6. Remove the terminal cover and the retaining bracket from the new battery assembly. 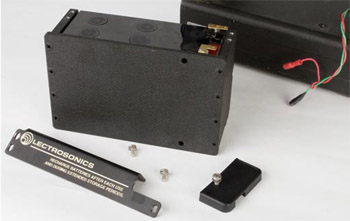 7. Push the battery out of the mounting assembly from the side opposite the retaining bracket. 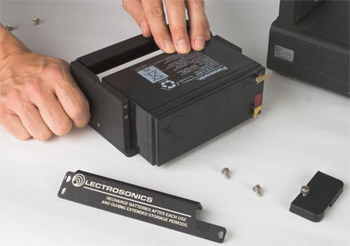 8. Install the new mounting bracket assembly to the Long Ranger and tighten the screws. 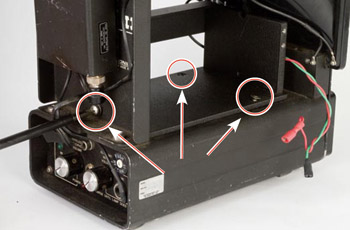 9. Slide the new battery into the mounting bracket as shown. Keep the wiring connectors from touching the battery terminals while installing the battery. 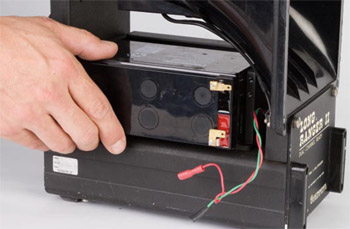 10. Attach the battery retainer to mounting bracket with two screws as shown. 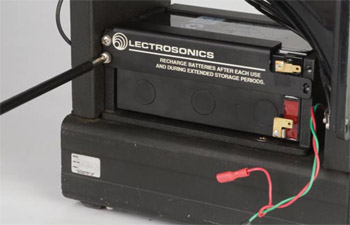 11. Connect battery wires to the lugs on the battery. Slide the connectors all the way onto the lugs.

NOTE: The neg (-) connector does not slide onto the lug as far as the pos (+) connector. The appearance in the photo above is normal when both connectors are correctly attached 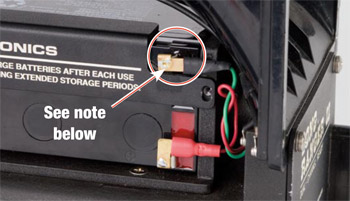 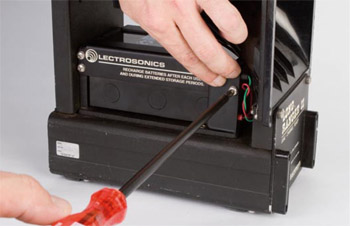