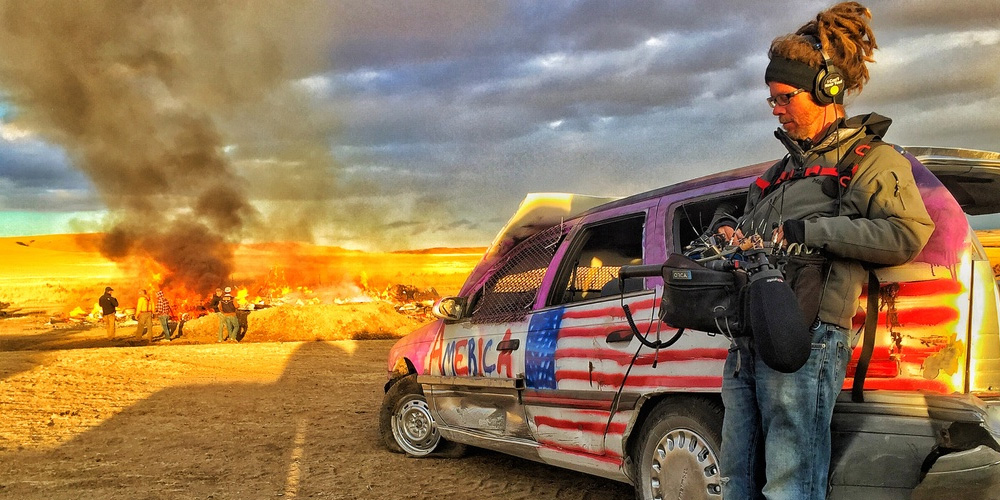 “For ruggedness, sound quality, and overall usability, we’ve always come back to Lectro.”

Dallas, TX (August 20, 2019) — With offices in Dallas and Atlanta, Vandelay Sound Exports has climbed the shortlist of go-to location sound companies specializing in reality television. As anyone who’s watched such shows knows, they can involve a lot of cast members and therefore a lot of wireless audio channels. Proprietors Tyler Faison and Jack Cline’s choice for rising to this challenge is Lectrosonics Digital Hybrid Wireless® gear, including SMV and SMQV compact transmitters, SSM micro transmitters, the WM watertight transmitter, SRC and UCR411a receivers, and especially the new SMWB and SMDWB wideband transmitters.

“We just wrapped the second season of a show for Oprah Winfrey’s network,” says Jack Cline. “In the past, I’ve supervised the sound for the Little Women franchise and Pitbull & Parolees, and Tyler did the first several seasons of Catfish, to name just a few. We specialize in what we call high-end reality. As in, there are so many cast members that we need multiple audio bags.”

“We have as many as 24 channels of wireless just for the talent running at once, plus IFBs and camera hops,” adds Tyler Faison. “So, it really helps that Lectrosonics gear is so quick with frequency coordination — which we do a big round of before any shoot. With the wideband, it’s been a lot easier to spread multiple recording bags across multiple frequency blocks.”

Cast members on a reality show — especially any in which multiple alliances, romances, and enmities are brewing — interact in many different combinations. Cline explains why the wideband SMWB and SMDWB transmitters make it easier to record the results. “Let’s say we have 20 talent members: ten men and ten women. The old way to do it was, we’d put all the guys on frequency block 19 and all the gals on block 20. In each bag, we’d have four channels of receivers for block 19 and four more for 20. That’s all well and good, until there’s a scene where, say, five or six people of one sex are talking about the opposite sex behind their back!

“With the wideband stuff, we now coordinate across blocks 470, 19, and 20 for those same cast members,” he continues. “We get the cleanest channels possible. Then, all the bags are fitted with SRC receivers, which pick up on wideband. That way, we can tune into any cast member’s transmitter from any bag at any time.”

“That means we don’t have to interrupt a moment by jumping in to swap transmitters,” Faison explains. “Honestly, the goal of a good sound crew is to be invisible, to have the producers and the talent forget you’re even there. The more that happens, the more likely it is we’ll be first call on the next show they do!”

Since reality TV follows cast members around through daily life, another factor that can interrupt an onscreen mood is the need to change batteries in transmitters. Faison notes that the SMWB and SMDWB have reduced the need to do so: “You can put them to sleep via remote control, and that’s just killer. If a transmitter is buried deep inside someone’s wardrobe, we’ll probably go with the SMDWB, which is the dual-battery version. We can keep it asleep to prolong battery life, then wake it up when the cameras roll, all without bothering the talent or producers.”

As any reality TV fan knows, wardrobe can also get skimpy, especially for beach or poolside scenes. Cline finds that the tiny SMV and SSM transmitters do the trick here. “The talent needs to be able to forget they’re wearing audio equipment to act the most naturally.” he explains. “But there are times when this works too well and someone jumps into a swimming pool with their rig still on! There’s not much we can do about the mic in that case, but if we know they are going in the water the waterproof WMs are perfect!”

At the end of the day, Vandelay’s loyalty to Lectrosonics comes down to audio quality, durability, and ease of use. “I’ve dealt with unfortunate demands of using other gear in the past,” says Faison. “Fortunately, we’ve built a reputation to the point where we can refuse to do so now. We’ve sold a lot of our non-Lectrosonics gear, and since we’re also equipment dealers, we recommend it at our shop, Dependable Expendables. The user interface is so intuitive, and for durability, we’ve had certain pieces in rotation for over ten years and they’re still going strong.”

“I’ll echo everything Tyler just said,” adds Cline. “I think we’ve used pretty much every other wireless brand there is. One thing I’ll point out is that if I get a new Lectrosonics product I’ve never used before, there’s no learning curve. I take it out of the box, put a battery in it, put it on the talent, and roll. It’s literally that quick. For ruggedness, sound quality, and overall usability, we’ve always come back to Lectro. You just can’t beat it.”