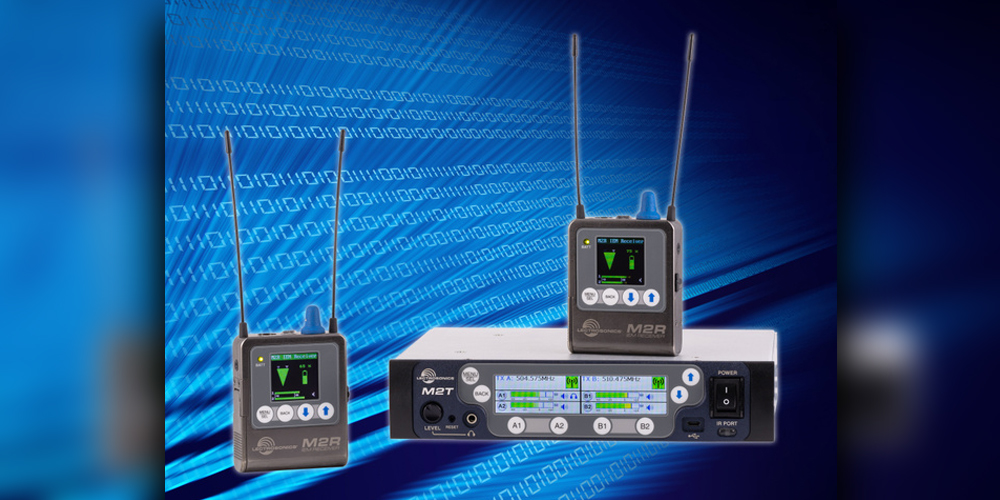 Rio Rancho, NM (October 30, 2018) -- Lectrosonics is proud to announce that it has received two 2019 nominations for Technical Excellence & Creativity (TEC) Awards for outstanding technical achievement in product design, innovation and production for its new Duet digital wireless monitor (IEM) system and the SMWB wideband wireless transmitter series. Presented annually by the NAMM Foundation, a supporting organization of the National Association of Music Merchants, The NAMM TEC Awards recognize the individuals, companies and technical innovations behind the sound of recordings, live performances, films, television, video games and other media.

Nominated in the TEC Award category of Headphone/Earpiece Technology, the new Duet digital wireless monitor system is comprised of the M2T dual-stereo half-rack transmitter and M2R diversity belt pack receiver. The Duet covers the UHF frequencies of 470-608 MHz in a single range, uses digital modulation for transmission, and can accept analog or Dante™ (optional) digital inputs. The new system is designed and developed with professional touring, installation, theatre, filmmaking and broadcast customers in mind.

Also nominated in the category of Wireless Technology, is the SMWB wideband wireless transmitters series. Lectrosonics two SM Wideband transmitters are the latest generation in the award-winning Digital Hybrid Wireless® SM Series product line: the “wide band” SMWB (single AA battery) and SMDWB (dual AA battery). The two new transmitters have a similar look and feel to previous SM Series units, but with several innovative new features, including the ability to either act as a transmitter or as a body-worn recorder, as well as wideband tuning.

"Both the Duet wireless IEM system and the SMWB wideband transmitter are very exciting products for Lectrosonics and they have received wonderful reception from clients in the various markets that we serve,” says Karl Winkler, VP, Sales and Service for Lectrosonics. "We are honored that these innovative products have been recognized by the TEC Awards."

About the TEC Awards

Held during The NAMM Show in Anaheim each year, The NAMM TEC Awards are the “Oscars” of the pro audio and sound recording industry. It’s where outstanding products in the worlds of music making, live performances, video games, television and films are recognized and where creative luminaries are celebrated for their musical contributions. Nominations are made by a panel of industry professionals and voted upon by members of various professional organizations and industry websites. Nominees are selected in 31 categories: Technical Achievement (23 categories) and Creative Achievement (8 categories). Eligible nominees are those projects or products that represent superior accomplishment in their respective fields. The nomination announcements follow a two-month call for entries of standout technical and creative products and projects that have made a significant impact on modern sound and music. A panel of respected industry voters from publications as well as members of professional music, technical and creative organizations, along with select NAMM members carefully evaluated each entry before selecting the nominees. The winners’ will be announced during The NAMM Show on Saturday, January 26th in Anaheim, California.
www.tecawards.org