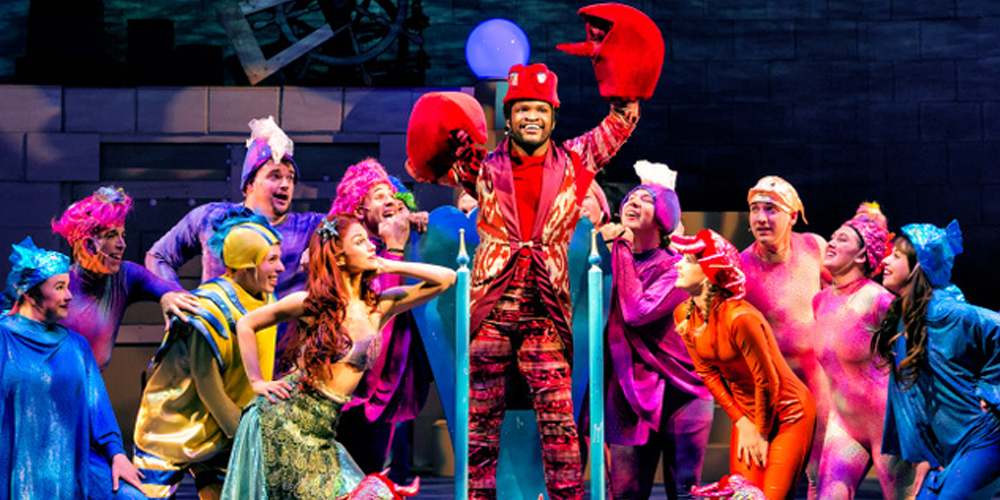 "Lectrosonics are the most reliable products that I have ever worked with, and I can focus on dealing with what the show sounds like, not equipment failures or technical problems. They help me concentrate on being creative."

Lakewood, OH (February 7, 2017) — Disney's The Little Mermaid, Hans Christian Anderson's classic story of a young mermaid who ventures into the world above the sea, recently premiered at the Mackay Theatre at The Beck Center for the Arts, to a host of positive critical reviews, including a special mention of the excellence in sound design. Sound Designer Carlton Guc, who has worked on countless productions at Beck Center over the years, chose Lectrosonics Digital Hybrid Wireless® technology for the show, including LM Series, SMV and SMQV belt pack transmitters.

"The challenge with a show like this is anticipating and overcoming the frequency problems I might encounter in the area where the theater is located – such as from the police station down the street," says Guc. "I've been through this many times before at the Beck Center, and with Lectrosonics, we had everything set in a day or so. We were able to do all the work beforehand and we had no sound problems at all with the show."

For The Little Mermaid, of the 30 actors in the cast, 26 of them were equipped with body pack transmitters. According to Guc, there is always a risk of technical issues with so many actors perspiring onstage, soaking the equipment, and running on and off stage with costume changes. But in all his years working on shows at The Beck Center, he has thankfully never had to call upon technical support.

"When putting on a theatrical production, I don't need to stress about technology," says Guc. Lectrosonics are the most reliable products that I have ever worked with, and I can focus on dealing with what the show sounds like, not equipment failures or technical problems. They help me concentrate on being creative."

In addition to his sound design work for theatrical projects, Guc has also done sound design for the Sea World theme park and the Titanic exhibit in Las Vegas. Guc will be doing sound design for the upcoming productions of "Bring it On" and "City of Angels" at the Beck Center, as well as "Rock of Ages" in Cain Park, all using Lectrosonics. In addition to his sound design work Carlton Guc is a professional guitar player, playing in productions like "Little Shop of Horrors" and "Tommy." He is the co-founder (with partner Brad Rembielak) of Stage Research, the company that created the award-winning SFX software for sound and sound effects, which has won numerous awards and is used with worldwide acclaim in theatres, on cruise ships and in many other venues.

Stage Research, Inc, creators of SFX™, the industry's standard for sound playback, provides software and hardware solutions to the theatrical and related industries. With over 30 years of experience, Stage Research has the expertise to bring superior products to designers, operators, and technicians to meet the demands of today's entertainment requirements. Along with its SFX™ software used on Broadway, the West End, academy and theatres all over the world, Stage Research also provides other audio and lighting software solutions to entertainment professionals including sound design management (ShowBuilder), and lighting design (SoftPlot).
www.stageresearch.com