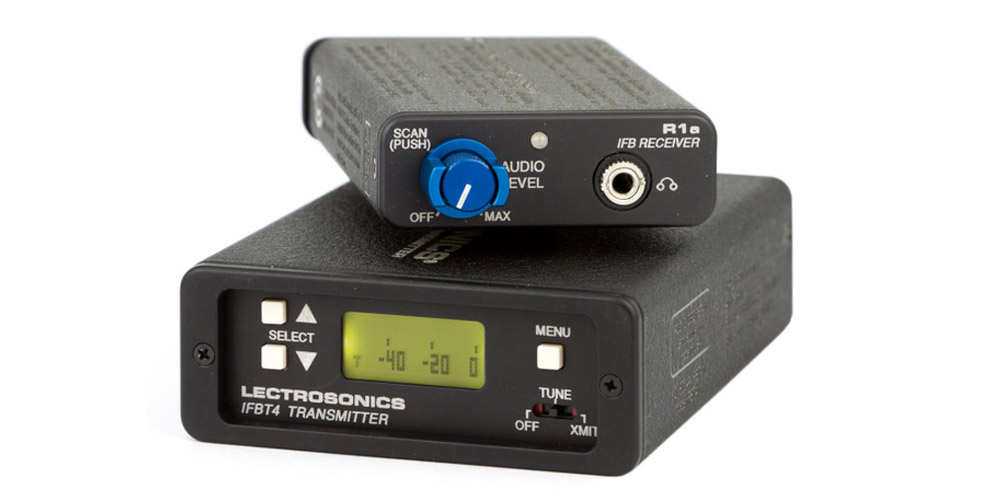 Rio Rancho, NM (December 12, 2016) -- Lectrosonics is introducing new firmware for the industry-standard IFBR1a belt-pack receiver that adds important functionality, Firmware v4.0. The new firmware allows the receiver to be operated in two distinct user interface modes: Scan Mode, exhibiting the original behavior of the IFBR1a receiver where users can locate and store up to five different IFB carrier frequencies by scanning for them, and Direct Entry Mode, which takes away the scan capability and replaces it with the ability to program channels into the memories directly via the pushbutton and hex switches. In Direct Entry Mode, five additional channel memories are available, for a total of ten. The new Firmware enhances the functionality of the IFB hardware and ease of setup for the user.

Users can identify the difference between a v4.0 IFBR1a in Scan Mode and a v2.4 IFBR1A by a burst of rapid LED blinks at power-on in the v4.0 version, to indicate that the unit has two modes available, and the first of those two modes is selected. Users with v4.0 firmware installed in their units can change modes with a simple, step-by-step procedure using the hex switches on the side of the receiver.

"The Lectrosonics IFB system has been a staple for broadcast and other applications for over two decades," states Karl Winkler, vice president of Sales & Service at Lectrosonics. "A number of our top users have suggested this feature and we're happy to add it via new firmware. This way, the functionality of the existing hardware is enhanced, especially for larger IFB systems with multiple frequencies. This should really speed up the setup time for users in those kinds of scenarios."