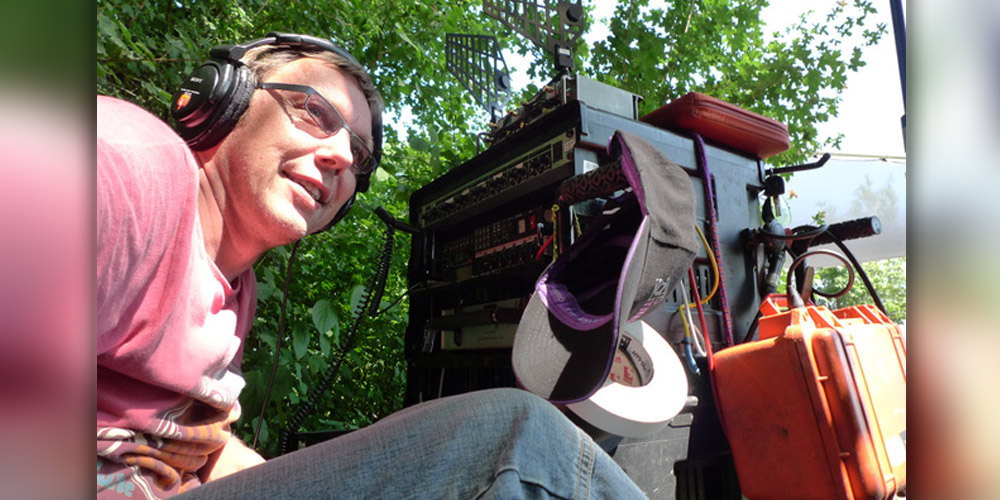 “In difficult situations on the set, where there is no time to think about weakness or stability of the system, I know I can rely upon the quality of Lectrosonics”

“In difficult situations on the set, where there is no time to think about weakness or stability of the system, I know I can rely upon the quality of Lectrosonics,” says Holubec, whose film credits include Casino Royale, AVP: Alien vs. Predator and The League of Extraordinary Gentlemen. He has been nominated seven times for Czech Lion Awards, the country’s Oscar equivalent, winning twice for Best Sound, and has been nominated for two C.A.S. Awards, for two TV mini-series, Anne Frank: The Whole Story and Dune.

Holubec is also one of the principal team members at Bystrouska Sound Studios, which offers audio equipment sales and rentals as well as sound recording and mixing services at three locations in Prague. Fortunately for Holubec, Bystrouska is the authorized Lectrosonics distributor for the Czech Republic. “So we have many systems in stock or for use. I occasionally test other systems—but this always makes me sure that I made a good choice with Lectrosonics,” he says.

According to Holubec, because his favorite recorder, the Sound Devices 788, supports eight tracks plus a two-track downmix, his first choice was the Lectrosonics Octopack system, which accommodates four SR Series receivers in a self-contained chassis with antenna multicoupler. “But I have come to appreciate the clarity and filtering of the VR Field Receiver filled with VRT modules, which is a six-channel system. So I use another SRb module to receive an extra two channels. I can feed the SRb via the RF splitter of the VR Field and keep the advantage of big directional antennas.”

Because production recordings for television series very often require all eight tracks, the reliability and stability of his system is very important, he continues. Productions increasingly rely on very wide shots and tighter coverage of the actors, often making it impossible to use a boom mic. “So the reliability of Lectrosonics’ products keeps me calm, whatever the type of shoot,” he comments.

While a production will do everything possible to ensure that the location sound equipment is invisible, one piece of Lectrosonics equipment ended up playing a starring role, Holubec recalls. “Once, filming the first season of Crossing Lines, we were asked by the props department if we had something that could look spy-like. They chose the SRa with SRABATTSLED adaptor and it actually appeared in one scene as a transmitter—which was quite funny, because usually nobody likes to see any kind of equipment in the frame.”

Holubec recalls that he first encountered Lectrosonics equipment when sound mixer Chris Newman was in Prague in 1982 working on Milos Forman's Oscar-winning movie Amadeus. “I saved my money and 10 years later bought my first Lectrosonics VHF model CR187 compact receiver for my first feature, Razor Blades, filming here in Prague,” he says. “Ever since, I have purchased many Lectrosonics products, because it’s a very clever system and helps me to do my job better.”