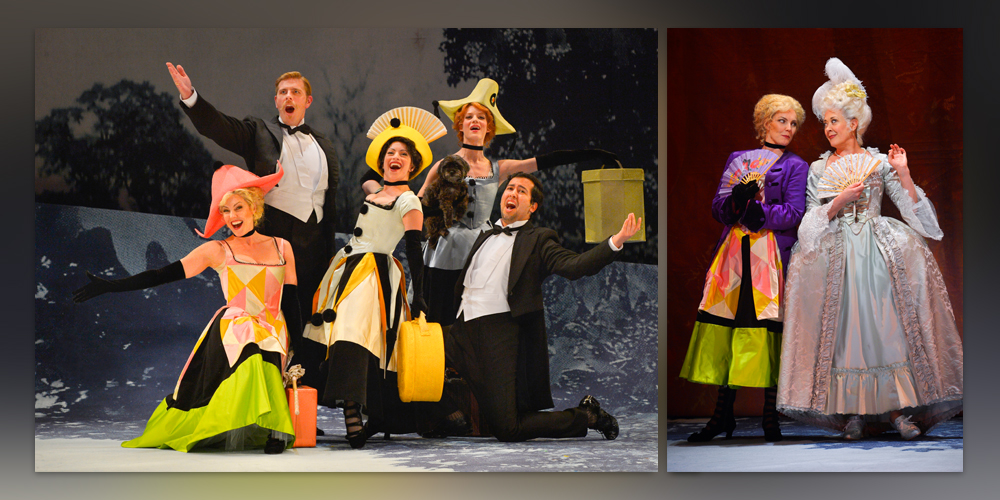 “The Lectrosonics transmitters have some interesting functions, like being able to put them to sleep and wake them back up, extending battery life. It’s nice to be able to turn the mic off and on without having to dig through wigs or costuming, which can be important in theatrical productions.”

San Francisco, CA (July 21, 2015) —Hailed as “one of the great musicals of the latter part of the 20th century” by the San Francisco Chronicle, Stephen Sondheim and Hugh Wheeler’s “A Little Night Music” recently wrapped after an extended run at the American Conservatory Theater (ACT). Florida-based sound designer Kevin Kennedy, returning to the ACT’s Geary Theater for his third production at the venue, utilized Lectrosonics Digital Hybrid Wireless® Technology to help two-time Tony Award-nominated director Mark Lamos deliver his vision for the all-new staging of the popular musical.

“The audio quality is great, and they are very reliable,” he says of the Lectrosonics equipment. Kennedy’s credit list includes “1776” and “Tales of the City,” both at ACT, as well as “My Fair Lady,” “Bonnie and Clyde,” “The Rocky Horror Picture Show,” “Pulse,” and numerous other productions around the country.

Kennedy combined DPA 4061 lavalier microphones with the Lectrosonics wireless system on the production of “A Little Night Music.” “That pairing works out really, really well,” he comments. “I would like to think everything I’ve done at the American Conservatory Theater has sounded good, but I feel very rewarded by the way ’A Little Night Music’ turned out, in particular. A lot of it had to do with the mics and the wireless equipment. If you start out with a good input signal then the rest is a lot easier.”

Kennedy first encountered Lectrosonics wireless equipment on ACT’s production of Armistead Maupin’s “Tales of the City.” “Two designers that I work with designed that show. I took over mixing the show and spent a couple of months with it. I really came to like the quality of the Lectrosonics equipment,” he reports, also noting the popularity of the brand in broadcast and film applications because of its audio quality and functionality.

“The Lectrosonics transmitters have some interesting functions and features, like being able to put them to sleep and wake them back up, extending battery life,” he says. “If somebody is wearing a pack for 12 hours but they only go on for two it’s nice to be able to suit them up and then turn the mic off and on without having to dig through wigs or costuming, which can be important functionality to have in theatrical productions.”

“A Little Night Music,” a story of lost love, infidelity and young passions that was inspired by an Ingmar Bergman film, premiered in 1973 on Broadway before opening around the country and throughout Europe. Set on Midsummer’s Eve at a country house in Sweden in 1900, it is perhaps best remembered for the ballad “Send in the Clowns,” which enjoyed chart success in the 1970s and has since become a standard.