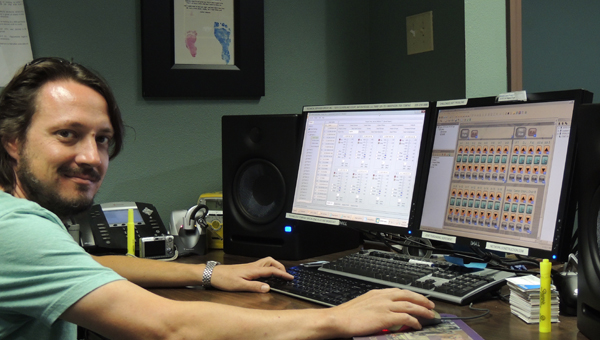 Baton Rouge, LA… In the fall of 2009, St. Jude the Apostle Catholic Church embarked on an ambitious campaign “To Build a Future of Hope!” Among its various directives was the complete renovation of the church. Recognizing the importance of delivering a high level of speech intelligibility and music reproduction to the congregation, the church recently completed installation of a new sound reinforcement system—and at the heart of that system is audio processing and wireless microphone technology from Rio Rancho, NM-based Lectrosonics.

“Services at St. Jude the Apostle Catholic Church are quite traditional,” Richard explained, “so as you can appreciate, the ability of the roughly 2,500 strong congregation to understand clearly what’s being said during a sermon is absolutely essential. If the audience can’t clearly understand, it becomes impossible to relate to the subject matter. Further, the audio system’s ability to function largely unattended was equally important and, for this reason, the deployment of the Lectrosonics Aspen processing system—with its automixing and feedback elimination parameters would help ensure trouble-free operation.”

In addition to its automixing and feedback elimination capabilities, the Aspen processing system is also managing the monitor mixing for both the choir and the piano / keyboard station. Overall, the system is managing 32 input channels, all of which was programmed by Jason Martin using the Aspen control software. Of particular note, the Aspen system offers the ability to be controlled via an Apple® iPad tablet. In this particular application, the iPad provides the ability to manage volume level control for the main loudspeakers as well as for the transept loudspeakers, with each microphone being configured for independent level control.

As for the selection of wireless microphone equipment, Richard notes that Lectrosonics Digital Hybrid Wireless technology was selected because of its superior sonic quality, dropout-free performance, RF agility, robust build quality, and ease of operation. “We’ve had a great experience with Lectrosonics over the years,” says Richard, “so when it came time to deploy a wireless mic system on this project, there really was no reason to look elsewhere. Combined with the company’s excellent customer and technical support services, the selection of Lectrosonics was an easy decision.”

St. Jude the Apostle Catholic Church’s audio system was deployed throughout the April – June period, with the first service occurring on June 19th and the church dedication service taking place later that month on June 30th. Since that time, Patrick Meek, TSG’s Vice President of Sales and Marketing reports that the entire system has been meeting and exceeding expectations. “Everything’s been working really well, he said. “The Pastor, Father Trey, is ecstatic over the positive reaction he’s received from the parishioners as well as his own personal satisfaction with the system. St. Jude’s audio system is a first-rate setup and much of its performance attributes are directly related to the quality of the Lectosonics’ audio processing and wireless mic equipment. We are extremely pleased with the final results.”