Lectrosonics On Location In "The Glades" 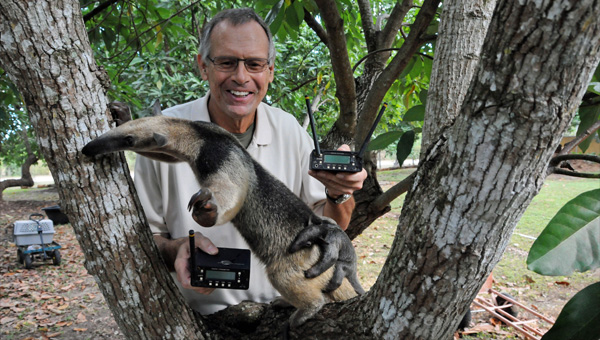 Miami/Ft. Lauderdale, Florida – February 2012… Recently renewed for its third season, A&E’s popular police drama The Glades is preparing to return to production. For homicide detective Jim Longworth (played by Australian actor Matt Passmore), his transition from Chicago to the seemingly sleepy town of Palm Glade, Florida proves far more difficult than expected—considering that people keep turning up murdered. The suspense never ends and capturing the location sound is no easier than solving the crimes. That’s precisely why when the going gets tough; the show’s production sound mixer gets going with his wireless equipment arsenal drawn from the catalog of Rio Rancho, NM-based Lectrosonics.

Mark Weber CAS is a veteran film & television production sound mixer and responsible for the location sound on The Glades. In this line of work, the ability to capture the audio accurately as it happens is an assumed part of the job. Being able to count on one’s gear is essential and, for this reason, Weber’s wireless microphone arsenal includes Lectrosonics’ acclaimed Digital Hybrid Wireless™ systems, including four UCR411a compact receivers with UM400a and SMa transmitters. Webber has also been using the all-digital D4 wireless system (which incorporates the D4T transmitter and the D4R receiver). Additionally, he’s using four UCR205D diversity UHF analog receivers with UM200C frequency agile UHF beltpack transmitters.

When queried about the challenges of the project, Weber discussed his reason for using the D4. “The Sound Department operates wirelessly, so when I purchased a Schoeps Super-CMIT digital shotgun mic for use on this show, Peter Schneider at Gotham Sound in New York suggested I try the Lectrosonics D4 system as a reliable digital audio transmission system,” he said. “As this microphone delivers both the original CMIT audio and a DSP noise reduced channel  in the 100% AES digital format, I needed a way to transmit this AES digital signal wirelessly from the boom operator to the sound cart while preserving the audio’s integrity. The Lectrosonics D4 was the perfect choice since it offers both 2- and 4-channel operation.  The D4’s ability to be used as a 4 channel IFB system or discrete 4 channel wireless audio link is also useful.”

“The D4 has four broadcast channels that are fully flexible as any combination of digital or analog inputs at the transmitter and digital or analog outputs at the receiver,” Weber continued. “We send the Super-CMIT boom mic’s digital signal as an AES pair and receive them as analog on channels 1 and 2 plus we also send a boom operator privacy talkback mic in analog mode on channel 4. If we switch to an analog boom mic, then the boom operator either switches the D4 from digital to analog input on channels 1 and 2 or he can just send it on channel 3.  We are pre-wired in the boom-op utility belt to patch between digital and analog. The use of Lectrosonics PCA900 antennas mounted on the sound cart mast keep the reception solid as long as we are not in the middle of a Wi-Fi hotspot”

Soon after installing the D4/Super-CMIT system, its capabilities were noticed by the show’s director. “We just had just started using the D4,” Weber reports, “and the director heard me switch from the normal CMIT to DSP to overcome excessive background noise during a beach scene.  He noticed how cleanly we captured distinct dialog in a challenging scene that progressed from loud to whispered dialog.  Every last nuance of the scene was there.”

While the new season of The Glades is about to get underway, Weber reports that his Lectrosonics gear is, once again, delivering above and beyond expectations. “The Lectrosonics D4 system flawlessly allowed us to integrate new digital technology into a previously all analog signal flow,” he explained. “The system’s latency is remarkably low—making mixing between the two worlds a comfortable experience.  I’ve experienced the same level of ease-of-use and efficiency with the D4 that I’ve grown accustomed to when mixing with my Lectrosonics UCR411a’s and UCR205D’s.”

To learn more about The Glades, visit the show’s website at www.aetv.com/the-glades. To learn more about the services of Mark Weber, contact him via email at This email address is being protected from spambots. You need JavaScript enabled to view it..