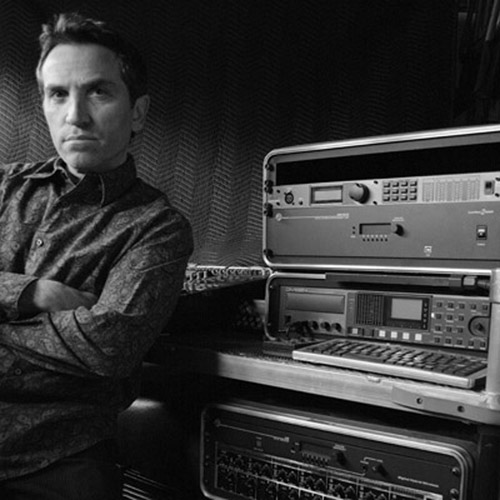 Hollywood, CA… On January 16th, 2010, the American Cinematheque and the Hollywood Foreign Press Association® presented The Golden Globe Foreign Language Nominees symposium at the legendary Egyptian Theatre as a precursor to the Golden Globe Awards. Sound reinforcement for such a prestigious international affair needs to be world class, and it was—thanks to Recording Producer / Production Sound Mixer John Franco and Lectrosonics technology.

For over twenty years, Franco has produced and recorded sound on a variety of projects, including hundreds of national commercials, music, film, reality TV, and sports. Whether it's his award winning work in Cleveland Ohio’s Rock and Roll Hall of Fame Museum, remixing the cast and music of Disney’s The Lion King for a national commercial, or recording a live in-flight Cheryl Crow concert aboard a 747 flying at thirty thousand feet, Franco routinely encounters some of the most demanding location sound work there is, and The Golden Globe Foreign Language Nominees symposium was no exception, as he explained.

“While the Egyptian Theatre’s sound system provides for a lush and powerful sound experience for movie goers,” said Franco, “it’s not well suited for live sound reinforcement since there are loudspeakers located under the screen where the panelists were seated. Furthermore, with no provisions for defeating the sound system’s various zones—it’s all or nothing, so consequently the Egyptian is prone to feedback.”

“I am not primarily a Front of House mixer, so when I was asked by the venue to produce recordings of the event and provide the house mix, I relied on Lectrosonics to deliver a solution for the feedback that plagued this venue,” he continued. “Karl Winkler, Lectrosonics’ Director of Business Development, suggested the Lectrosonics DM1612 Digital Automatic Matrix Mixer and said the mixer would deliver a consistent output level for all eight participants while reducing the house feed to what would, in essence, be one open microphone channel.”

Franco further explained, “I connected the DM1612 to a Yamaha 01V96VCM digital mixer with an insert snake. This enabled me to retain all the Yamaha’s presets, EQ, and gain settings while inserting the DM1612 as an outboard processor. During setup, I EQ’d the room for a single mic on an open channel and then opened up all eight mic channels. I was amazed at how the DM1612 seamlessly opened and closed the channels of the panelists automatically.”

“The DM1612’s automixing capabilities were far smoother than I had anticipated,” Franco said. “I was expecting to hear some gating artifacts, but none were present. Karl explained that the unit uses a patented auto-summing technology, not a noise gate. The audio program quality was smoother than could have ever been accomplished by manually mixing the panelists. We didn’t encounter a single issue with the DM1612 during the set up and show. In addition, we addressed the single zone system limitations with a few small speakers to fill in the front of the theater”.

When asked why he chose Lectrosonics’ wireless, Franco offered the following, “There we were in the middle of Hollywood, a major video and film production center, an environment filled with RF interference, and setup couldn’t have been easier. Lectrosonics’ ability to scan for open frequencies is first rate. I’ve always preferred Lectrosonics’ sound, rugged build quality, and their excellent support. Their website is filled with information, including wiring diagrams, and quick reference cards, which help avoid RF multi-path interference when using multiple units. When I contact them for assistance, they always respond quickly and courteously. They seem uniquely interested in their end-users and I wish every sound equipment manufacturer emulated Lectrosonics’ customer support.”

As he prepared for his next project, Franco offered this final thought. “This year’s Golden Globe Foreign Language Nominees symposium had the cleanest, feedback-free sound the organizers had ever experienced in that venue. Perhaps the best indicator is the fact that I have since been hired for the pre-Oscar panel coming up in March at the same venue. When one job leads to repeat business, you know you’re doing something right. The Lectrosonics gear certainly helped make it all possible. With the DM1612, I have a new secret weapon.”

For additional information about John Franco, contact him at 949-400-1830 or email him at This email address is being protected from spambots. You need JavaScript enabled to view it..