Lectrosonics Captures The Ravages Of War On "The Pacific" 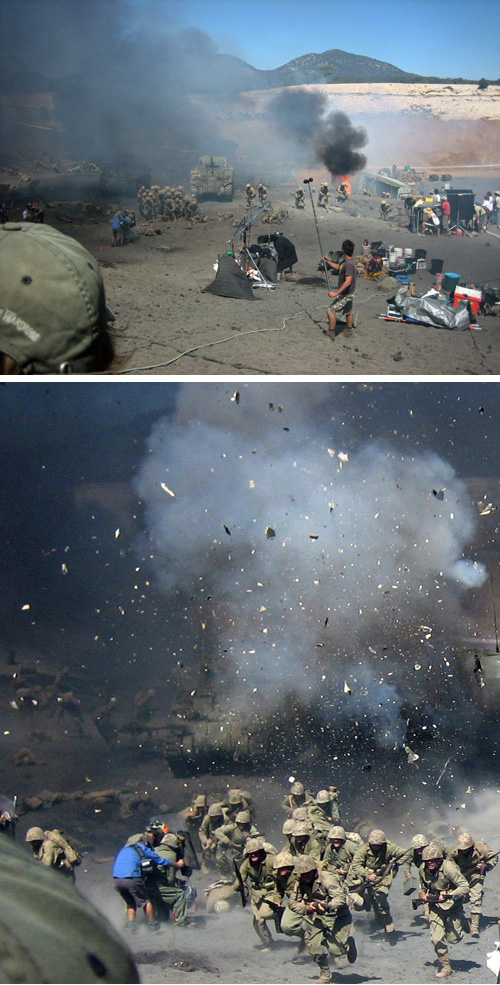 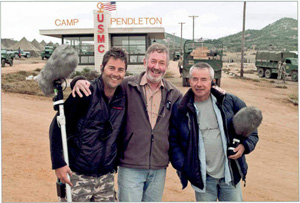 Melbourne, Australia… In January 2010, HBO will air The Pacific, a new epic miniseries about the Pacific Theater of World War II. Filmed in Australia and produced by Tom Hanks, Steven Spielberg, and Gary Goetzman—who also created the ten-part World War II television miniseries Band of Brothers—The Pacific offers a daunting look at the Marine Corps’ actions in the Pacific Theater of Operations. Re-creating the chaos of the battlefield was extremely challenging for those tasked with capturing picture and sound, and keeping all the equipment operational created additional difficulties. That’s why Gary Wilkins, CAS, one of the two location sound mixers on the project, relied on his arsenal of Lectrosonics wireless equipment.

Wilkins has been a location sound mixer for nearly 40 years and, during that time, has worked on movies, TV miniseries and series shows, as well as commercials. Most recently, he handled location sound for the hugely successful Warner Brothers film Where The Wild Things Are and just completed work on The Pacific, which stars Joseph Mazzello, James Badge Dale, and Jon Seda. Both projects are in association with the TV and film production company Playtone.

Describing Wilkins as an avid user of Lectrosonics equipment is an understatement. “Currently, I’m using twelve channels of Lectrosonics gear on my cart,” said Wilkins, “which consists of a spread of models and blocks. Because I work primarily throughout Australia, Asia, and the South pacific, I require a significant spread of available frequencies. The heart of my system is a Venue receiver on block 26 (Australian frequency settings). The Venue’s SmartTune™ auto frequency selection feature is extremely useful, as it enables me to find the best frequencies for whatever area I am working in. Because Australia is so vast, there are a number of powerful TV transmitters in certain regions. On a recent project, I traveled and filmed from Australia’s South all the way to the North of the country for more than 2,000 miles along the most populated East coast. I was constantly retuning the system every few days.”

“I also use two Lectrosonics UCR 411a receivers on Block 24,” Wilkins continued. “These receivers are mounted on a rack above my Venue for use with my two MM400a waterproof transmitters. This rack also contains a UH200 transmitter on Block 27. My favorite piece of Lectrosonics gear, however, is the ever-reliable T1 Multi-Frequency IFB Transmitter for communication to the sound crew. In addition to my T1, I have a T2 IFB transmitter for communication. This unit can be mounted on the sound cart or at Video Village (an area near the set where the script supervisor, producers, director, and writers are stationed) where it is able to re-transmit the audio feed and playback from video splits with a minimum of fuss to my twelve Lectrosonics R1a receivers. I should also point out that I transmit timecode using a Lectrosonics LMa transmitter on Block 27 to my three Denecke slates via UCR 100 receivers.”

As if all this wasn’t enough, Wilkins also has a set of four Lectrosonics UCR210D outboard receivers and a UCR205D receiver tuned to the same frequencies as his Venue. These units are ready to go on short notice and enable him to work over-the-shoulder or inside a vehicle.

Thanks to Lectrosonics Digital Hybrid Wireless™ technology, Wilkins is able to achieve ‘cabled’ sound without being encumbered by wires. This attribute played a vital role in successfully capturing audio on the set of The Pacific.

“On The Pacific,” explained Wilkins, “there were many days where there were troops, tanks, and pyrotechnics activity taking place all over the huge sets. Cables would not have survived and my boom operators would have been dangerously handicapped moving about in the combat scenes with multi-cameras. With the Lectrosonics wireless gear, my crew was able to run with the advancing troops completely unhindered using the UH200 Plug-on transmitters. The sound quality was as good as—if not better—than a wired mic thanks to the great limiters in the packs.”

Before turning his attention back to his work, Wilkins offered this parting thought on Lectrosonics equipment and the company behind it. “Technical support is vital to running complex setups on feature films,” Wilkins said. “You can’t afford to fail, so your equipment must be the best available. Australia is a very long way from the US and we sometimes feel out on a limb with equipment requirements, but I have total confidence in Lectrosonics as my backup team. Lectrosonics builds reliable gear, I still have every piece of their equipment I’ve ever purchased, and it all still works. I wouldn’t part with any of it.”

For additional information about Gary Wilkins, CAS, contact him at This email address is being protected from spambots. You need JavaScript enabled to view it..

Well respected within the film, broadcast, and theater technical communities since 1971, Lectrosonics wireless microphone systems and audio processing products are used daily in mission-critical applications by audio engineers familiar with the company's dedication to quality, customer service, and innovation. Lectrosonics is a US manufacturer based in Rio Rancho, New Mexico. Visit