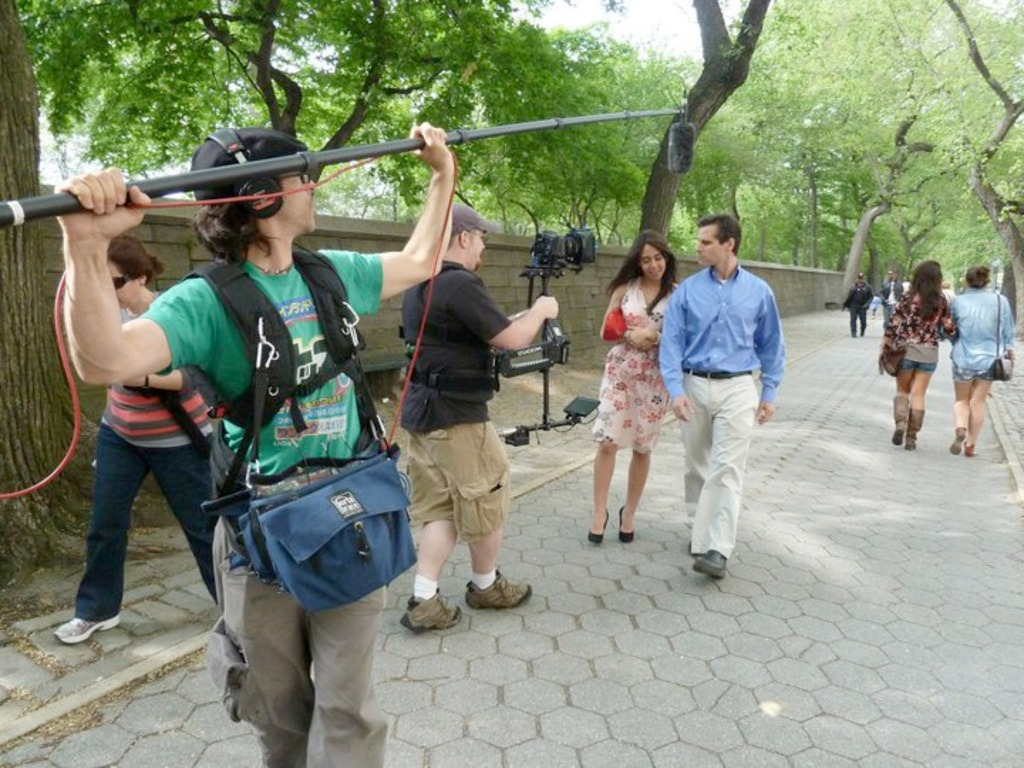 New York, NY (August 09, 2022) — Based in the Williamsburg section of Brooklyn, NY, Sound Mixer Robert O’Haire has been fascinated with sound and recording all his life. His impressive list of production credits includes feature films such as: That’s Beautiful Frank, Millie and the Lords, and Santorini Blue (with Ice-T and Richard Belzer,) short films like The Keeper, My Over There, Parked, as well as videos commercials and indie projects. He has handled sound for fascinating documentaries like Fantastic Fungi, 1970: Sex, Fashion and Disco, and Troublemakers: The Story of Land Art.  He has praise for the Lectrosonics gear he uses on location shoots, including two UCR201 receivers and two UM400 transmitters,  an SRc receiver, two SMDWB wideband and two LT beltpack transmitters, and a ZS-LRLT kit based around two LR L-Series receivers, with IFBlue receivers for additional camera hops.

O’Haire’s career really began as his teenage interest in audio.

“I’ve been interested in sound and recording live music since I was 18. My father was a reporter for The New York Times and I used to take his tape recorder to concerts to record the music, which I probably shouldn’t have done, but I was obsessed with recording. Then I started going to clubs with recording gear and mics and doing recordings on my own – and then people started asking me to come back.”
As a young man, he was on his way to work in a shop and met a writer, Nick Peat, who gave him his first chance to do audio for a script. And through that connection, he met others.

Starting his production sound business in 2004, O’Haire first rented other wireless systems from local houses, but he was disappointed at times by their lack of reliability in the field. He recounted scanning frequencies for a shoot at the Brooklyn Navy Yard, and the RF spectrum was jam-packed, which proved troublesome.

O’Haire discovered Gotham Sound in Queens, NY and is a loyal customer to this day. They introduced him to Lectrosonics wireless systems, noted for audio quality and reliability. Gotham’s advice, support and recommendations in the early days of his career has made him long-term customer, as he returns regularly to the famed pro audio dealer to purchase his gear and, when needed, rent additional systems for larger productions. O’Haire says the big difference is, “with Lectrosonics you’re thinking about your craft! You’re not thinking about ‘why doesn’t this work??’”

One recent shoot on City Island in New York for Camp Joy Film involved 10 actors, all wearing wireless, even though some only had a single line. O’Haire says normally he’d want to use a boom mic for such a shoot as opposed to mixing 10 voices simultaneously. But the scene was an outdoor wedding, so a boom was less practical. He used his Lectro UCR201 and SMDWB transmitters, each paired with a Sanken COS-11D lav mic, on four of the talent, while the second sound mixer on the shoot used systems of a different brand on the others. His two UM400 receivers and his SRc dual receiver fed into a Sound Devices 788T multitrack audio recorder. O’Haire noted that his systems performed flawlessly that day.

On an interesting three-day shoot for a commercial last November, O’Haire placed a Lectrosonics SMWB wideband transmitter on the talent, who was cycling about 1000 feet on a paved path in Fort Tryon Park in Upper Manhattan. To keep up, the camera also was on a bike, and O’Haire recorded the wireless channel from the SRc receiver while also providing a wireless hop to the camera. Again, he said, the performance of his Lectrosonics gear was top-notch.