Todd Weaver Cooks Up Perfect Sound on The Menu with Lectrosonics 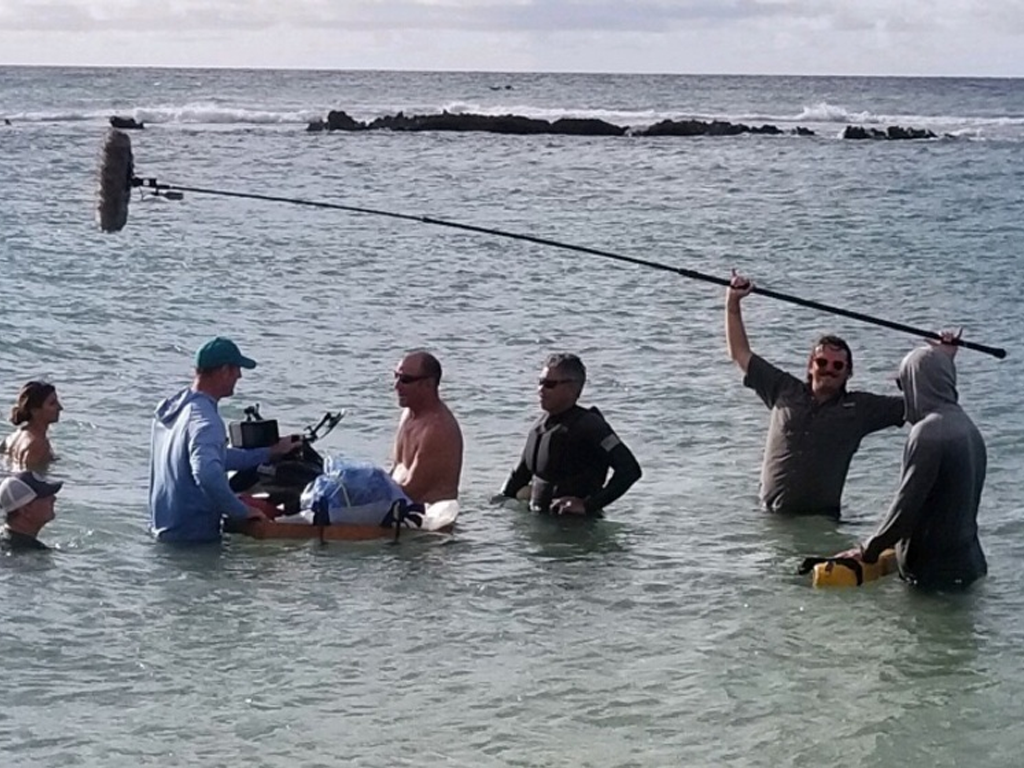 Atlanta, GA (February 09, 2022) — Todd Weaver has mixed such hit productions as Good Girls, Doom Patrol, Stranger Things, and I,Tonya. Throughout it all, Lectrosonics equipment has always been his trusted sound solution. For his latest project The Menu — a film in which a revenge-bound chef (played by Ralph Fiennes of Voldemort fame) invites unwitting guests to his island restaurant for more than a gourmet meal — he deployed a combination of the company’s time-tested Digital Hybrid Wireless and cutting edge all-digital line. On the Hybrid side were original Venue receivers plus SSM micro belt-pack, SMV, and SMWB wideband transmitters. Heading up the digital arsenal were DSQD receivers and DBSM transmitters. Thanks to Weaver’s Dante skills and Wireless Designer software, this diverse roster of gear functioned as a seamlessly integrated system.

“The biggest challenge we faced on The Menu was that there could be as many 16 to 18 actors all speaking at once,” explains Weaver. “It’s an ensemble cast, with basically four groups of guests and then the chef who’s messing with everyone, so you see all their reactions in succession. The cameras are just raking across everything, especially during the wide shots.”

This generated frequency coordination needs of a high magnitude, for which Weaver took advantage of Lectrosonics’ easy integration with the Dante audio-over-Ethernet standard. “We used Wireless Designer to integrate everything and frankly could not have done the movie without it,” he says. “The way it worked was, the DSQDs have Dante built in. My old-school Venues were controlled over our LAN via an Extron RS232-to-Network IP link. We ran audio from the Venues into a Ferrofish analog-to-Dante converter. This way, every single channel on the set was on Dante in the same bucket, and from Wireless Designer I could find frequencies for all the channels. I used all my transmitters.”

In fact, all of Weaver’s transmitters were not enough, so he brought in a second sound mixer, also Lectrosonics-equipped. “Jason Sullivan had two racks full of SRc receivers,” notes Weaver. “He mixed another four to six tracks on top of my 12 to 16, as we had that high cast count even out in the field. But thanks to Wireless Designer and Dante connectivity, everything was in the same bucket. Jason and I both had Cantar X3 recorders, receiving our individual Dante channels, and I had his mix coming into my recorder on a fader. Again, without Wireless Designer overseeing all this, it wouldn’t have been possible. When we would send our deliverables to post-production, they’d ask me ‘How in the heck did you mix all this?’ They couldn’t believe we did it.”

Several scenes on the water presented a secondary but simultaneous need: range. “We shot all the boat scenes on the water, boat-to-boat,” Weaver says. “We had a follow boat and were told the talent boat was only going to get about 20 or 30 feet away. It was more like 200 to 300 feet. Still, I got nice, clear signal on everything.”

A similarly range-intensive situation occurred on land: “I worked the stunt unit on a Netflix movie called Outlaws with Pierce Brosnan. I couldn’t really mix anything in real time because we had a ton of car stunts with cameras mounted on the outside of vehicles and so on. I placed DPR-A digital plug-on transmitters and DBSMs on plant mics, all jammed to time code, and just recorded isolated tracks. Again, the deliverables to post were free of problems.”

Weaver also cites Lectrosonics’ ruggedness as a key reason it’s his go-to wireless. “The products are bulletproof, and the battery life is fantastic,” he nods. “You can drop them, and they can withstand a reasonable amount of moisture. Once on Stranger Things, we were doing a Halloween trick or treating scene and one of the kids’ ankle straps came loose. He dragged that pack all the way down the street, and this ate the finish off it, but it kept on transmitting and we kept on recording.”

Perhaps most important of all, Weaver finds Lectrosonics’ people to be as dependable as their gear: “A big reason that I recommend Lectro as a brand as compared to something else is, you can always call up someone there who knows what they’re doing. Everyone is accessible, right on up to executive management. And, since it’s a smaller company that doesn’t make a bunch of other products, they’re focused on wireless. That means they’re focused on wireless customers like me.”